01.09.2020 | A thoroughly prepared works council election is a marathon, not a sprint. Find out here why building power is worth the wait. 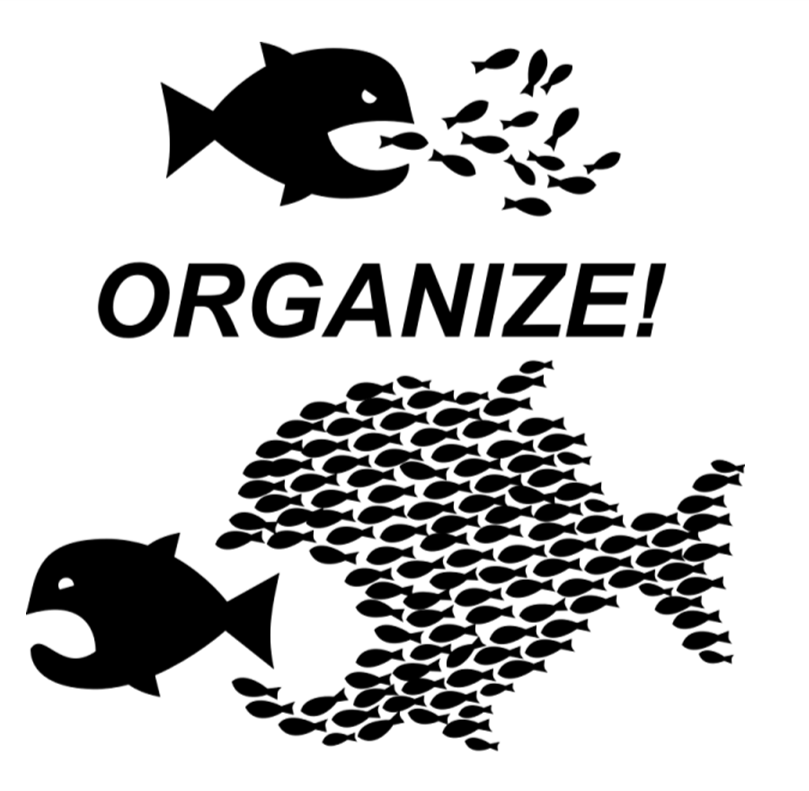 Tides are turning when individuals join together and bite back

When employees approach their IG Metall local for initiating a works council, it is usually in times of great distress: mass-layoffs, termination for operational reasons, outsourcing of parts of the company or termination of whole business units are the most common reasons. Employees then seek to quickly elect a works council in order to secure themselves with negotiating for a reconciliation of interest and a social plan.

But luckily there are other initiatives for works councils, too. Even without immediate need for a works council, employees approach the IG Metall for help in the process. They demand democratic representation and look for ways to improve their daily working conditions as well as for a bigger share of their company’s economic success. When contacted in situations like these, we, the Organizing Team of IG Metall Berlin highly recommend to apply the concept of sustainable organizing, which means in praxis: before we even think about calling for elections, we build union power among the rank-and-file.

These five points make the argument for sustainable organizing:

Reason 1: Integrity and acceptance
According to the works constitution act, co-determination can be established in a company that has á minimum of 5 permanent employees and it only takes 3 employees to invite their colleagues to the initial works meeting. From just looking at the bare procedure, a works council election could be done within a short period of time. Even if there are a couple of activists wanting to initiate the election, they probably don‘t know from the start if the idea of a works council has sympathy among their colleagues.

To prevent a bad surprise, it is highly recommendable to organize prior to the initial works meeting and gather big parts of the staff behind the campaign. To stress the unity of the rank-and-file early on, the best way is to articulate your collective aims, is as members of a union.

Reason 2: A works council sometimes is only the start
Some employees consider a works council tob e only the starting point. They request a bigger share of their company’s economic success, more holidays or less working hours. All of these are elements of a collective agreement, which can exclusively be negotiated by unions and its members. Therefore the period before and during the election is crucial to kickstart your union and build workers power, if you want to have the option to immediately move on to the fight for a collective agreement.

Reason 3: Security at all times
Establishing a works council can cause a whole range of employer-reactions. Some are used to works councils and do not pick a fight over this question, others deal with it aggressively. Worst case is them trying to terminate the contracts of those, who initiated the process. If employees are organized, it is way less likely that employers try to execute attacks on individual activists.

Belonging to a union means security for works council elections in two aspects: it reduces the likehood of employer-attacks on those at the forefront of the organizing-drive and secondly union members receive individual legal protection from IG Metall, which is free of charge.

Reason 4: A weak works council is worse than none at all
The overall goal of sustainable organizing in works council campaigns is to receive the majority of votes for those, who have genuine interest in representing the worker’s voices. Once employers have accepted the fact that they can’t prevent a works council in their company, they usually still try to reduce the resulting disadvantages by placing candidates they‘d like to work with, often resulting in huge costs for their candidates‘ campaigns.

If the union-campaign is too weak, it is possible to miss the majority of votes, resulting in the union members to be overruled in the constituted body. No employee has an interest in a weak and employer-friendly works council, that liberally signs everything the employer proposes, since works agreements usually apply to all employees. In that case the better option would have been to negotiate all topics individually with HR.

Reason  5: A strong organization, that has your back
Often works councils get stuck on their own playground, the Works Constitution Act. Some reach out to unions for technical/juridical advice, some are having structural issues to get on an eye-level with their employer. IG Metall has collected competences in co-determination-question over the course of decades, that it is willing to share with organized works council bodies at anytime. With its 2,3 million members, the union has a reputation in the political sphere as well as networks and ressources, which allows it the built political pressure and help employers and the co-determination players to reconcile.

But in order for that to happen, it is of enormous importance that the union has enough legitimacy within the company. In practical terms: in order for the union (meaning: union officials) to step in, it is essential to have built your union strong enough among the rank-and-file of your company.

If you are interested in establishing your own works council and/or want to inform yourself further on the methods of sustainable union organizing, feel free to get in touch with our Organizing Team:
Thomas Weber, Marius Sänger, Sören Lieske,